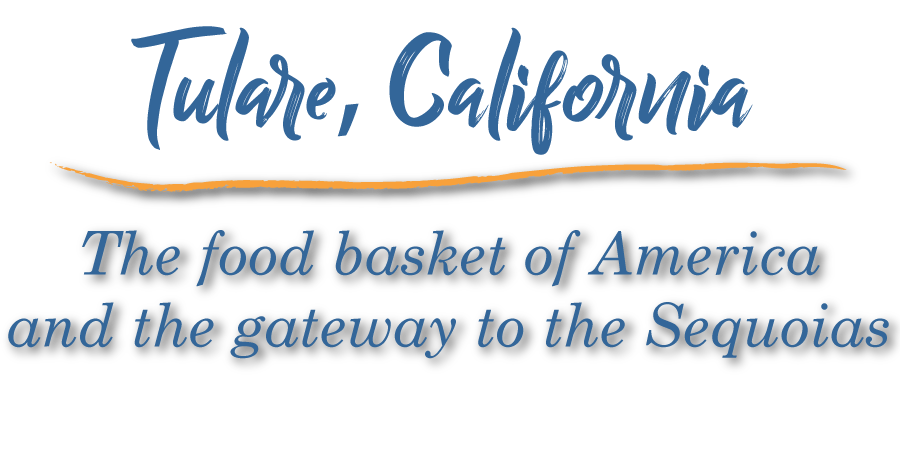 Location is one of Tulare’s best assets. The city is situated in the Central San Joaquin Valley along Highway 99, 45 miles south of Fresno and 60 miles north of Bakersfield. Our mid-state location benefits businesses needing same-day access to key California markets as well as residents seeking recreational opportunities in the beautiful Sierra Nevada Mountains to the east and the spectacular California coastline to the west.

Agriculture remains the lifeblood of the local economy and Tulare sits in the heart of some of the most productive farmland in the world. The strategic location makes Tulare very attractive to food processors and distributors because of the central location and abundant supply of locally grown products.

Los Angeles and the San Francisco Bay area are less than a 4 hour drive and, in addition to being served by Freeway 99, Tulare is 40 minutes from Interstate 5, which connects California to Oregon and Washington.

The ports of Stockton, Sacramento, Los Angeles and San Francisco are all within 200 miles of Tulare and infrastructure and transportation systems are already in place to facilitate product movement.

The main line of the Union Pacific Railroad runs through Tulare, offering rail access to major cities throughout the United States. Amtrak offers passenger rail service from nearby Corcoran and Hanford.

Domestic and international flights are available at Fresno/Yosemite International Airport and Bakersfield’s Meadows Field Airport and domestic flights are 10 minutes away at Visalia Municipal Airport. The City of Tulare also operates its own municipal airport, serving private planes. FedEx air service is available at the Visalia Municipal Airport and both UPS and FedEx provide surface overnight service to northern and southern California cities. (Excerpted from the City of Tulare website).

The general demographics of Tulare in 2016 (from census.gov) :